In 2009 I discovered a book that opened my eyes to our diminishing wildlife and how we can help reverse the extinction crisis; it’s called, Bring Nature Home: How You Can Sustain Wildlife with Native Plants, written by entomologist Douglas Tallamy. He explained how many species of birds first six weeks of life, rely solely on caterpillars and often very specific species of caterpillars. No caterpillars, no birds.

That fact made clear the importance of, and urgency in, getting native plants back into our environment as quickly as possible. We need to make a concerted effort to plant native plants that support the maximum amount of wildlife, wherever possible.

Author’s Bio:  Dr. Douglas W. Tallamy is Professor and Chair of the Department of Entomology and Wildlife Ecology at the University of Delaware in Newark, Delaware. Chief among his research goals is to better understand the many ways insects interact with plants and how such interactions determine the diversity of animal communities. In his book Bringing Nature Home he talks about the importance of native plants.

Doug Tallamy assembled a list of all of genera of plants, native and alien, and studied which moth and butterfly species (the Lepidoptera Family) used which plants, as a host, where they would lay their eggs, and future caterpillars would eat the plants’ leaves as food. We use this ranking system as one of the criteria in our plant selection, in an attempt to maximize the breath and depth of host plants available to butterflies and moths. Below is a paragraph from Dr. Tallamy’s website explaining his Lepidoptera rankings.

“The following list is our attempt to categorize native and alien plant genera in terms of their ability to support insect herbivores and, by inference, overall biodiversity. We did this by ranking all native plant genera (woody and herbaceous) in terms of the number of Lepidoptera species recorded using them as host plants. Our hope is that this ranking will be used as one of the criteria for plant selections in managed and unmanaged landscapes by restoration ecologists, landscape architects and designers, land managers, and homeowners.” – Bringing Nature Home website

Below are three lists that we customized off of the excel database provided on Dr. Tallamy’s website: 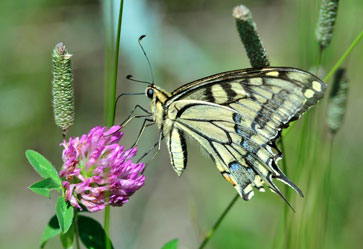 All Plants – Sorted by Genus 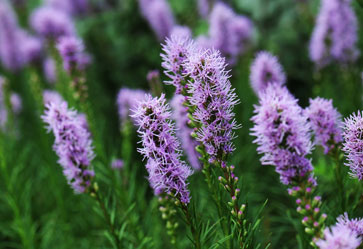 In addition to looking for plants that support butterflies and moths, it is also helpful to find plants that support birds. Audubon developed a database of native plants that help birds. Type in your zip code and they will provide a list of the ‘best result’ plants and a list of ‘all results’ bird-friendly plants. Below is the Audubon database and an example of an ‘best-results’ list for our NYC zip code.

This is a very useful tool to identify what plant species are native to your region. It’s a bit tricky to get the search terms just right and many fields aren’t complete so you can’t sort on them.

Below is a list of all plants native to one of these four states: New York, New Jersey, Pennsylvania and Connecticut. I also did a 9 state pull for folks who wanted a broader list of native plants. Included are PDFs by state, and a combined version because state lines are pretty arbitrary, and a 90 mile radius from NYC includes those four states. Also included is a threatened and endangered (T/E) list for all plants native to the lower 48 states and T/E status in four states (CT, NJ, NY, PA).

Due to climate change, the plant hardiness zones have been moving north at a rate of 13.3 miles per decade. Plants and animals have also been moving north and to higher altitudes. For example, the comma butterfly has shifted its territory 137 miles north in just two decades and the plants it prefers have to move too. So, some plants that may not ‘officially’ be native to your state, but native to a neighboring state to the south, will likely do fine in the northern state, given our warmer climate.

Here is an article from Yale Environment 360 that looks at how climate zone maps are moving around the globe.
Yale 360 – Redrawing the Map: How the World’s Climate Zones Are Shifting

Below is a more detailed hardiness zone map with the zones split into “a” and “b” sections. Click the link and type in your zip code to get your exact zone number. https://planthardiness.ars.usda.gov/PHZMWeb/

This article inspired me to become a green roofer. I was aware of the many benefits of green roofs (cools and cleans the air, extends the life of the roof 2-3 times, keeping roofing materials out of landfills, can insulate & attenuate sound), but didn’t fully understand how it kept sewage out of our rivers and streams until reading this. Although it barely mentions green roofs, it was clear that making every flat roof a horizontal cistern, was the most far-reaching, cost effective way to address the sewage overflow problem. Instead of building more multi billion-dollar water capture facilities; the rain could be captured at the source, on every rooftop.

The engineers who sized NYC’s sewers more than a 100 years ago, never envisioned that we would cover up to 98% of NYC with impervious surfaces; streets, alleys, sidewalks & roofs. So it’s no wonder we are reaching maximum sewer capacity, the rain has nowhere to ‘soak in’. We need to make roofs (which are the majority of the impervious area) ‘act’ like a pervious surface again, by greening them and thus keeping the rain from leaving the roofs. That would dramatically reduce the amount of water in the sewers and the amount of sewage overflowing into our waterways. That sewage not only forces our beaches to close, but contributes to the eutrophication of our water bodies, which depletes oxygen, making it uninhabitable for all forms of marine life. There are currently more than 400 hypoxic ‘dead zones’ in the world’s oceans and lakes that lack enough oxygen to sustain life, and they are getting bigger every year.

Sewage overflow is only going to get worse in the future, as we are experiencing more extreme rain events. Due to climate change, clouds can hold more water vapor as temperatures rise. Which is one of the reasons why we are seeing record-breaking rain events that will continue to be more common and extreme. This is another urgent reason to green every flat roof, to mitigate these extreme rain events.

This Climate Central article highlights the results of a recent study calculating 2015-2016 sewage overflows and a link to the full report. Not only do combined sewers overflow but dedicated sanitary sewers do too. During heavy rain events, they often get breached and cause nearly 1/3 of all sewage overflows. That’s rarely mentioned, but every body of water potentially experiences sewage overflows, not just cities with combined sewer systems.

A new report by the UN Intergovernmental Panel on Climate Change (IPCC) has warned that we have only 12 years to keep global warming under 1.5C. If we go beyond that point, even by .5C, the risk of floods, drought, extreme heat and the displacement of millions of people will grow dramatically and create a climate catastrophe on many levels. One key point in the report is the very high threat to nature. A .5C increase over 1.5C, will cause plants & animals to lose half their habitat. That is devastating. 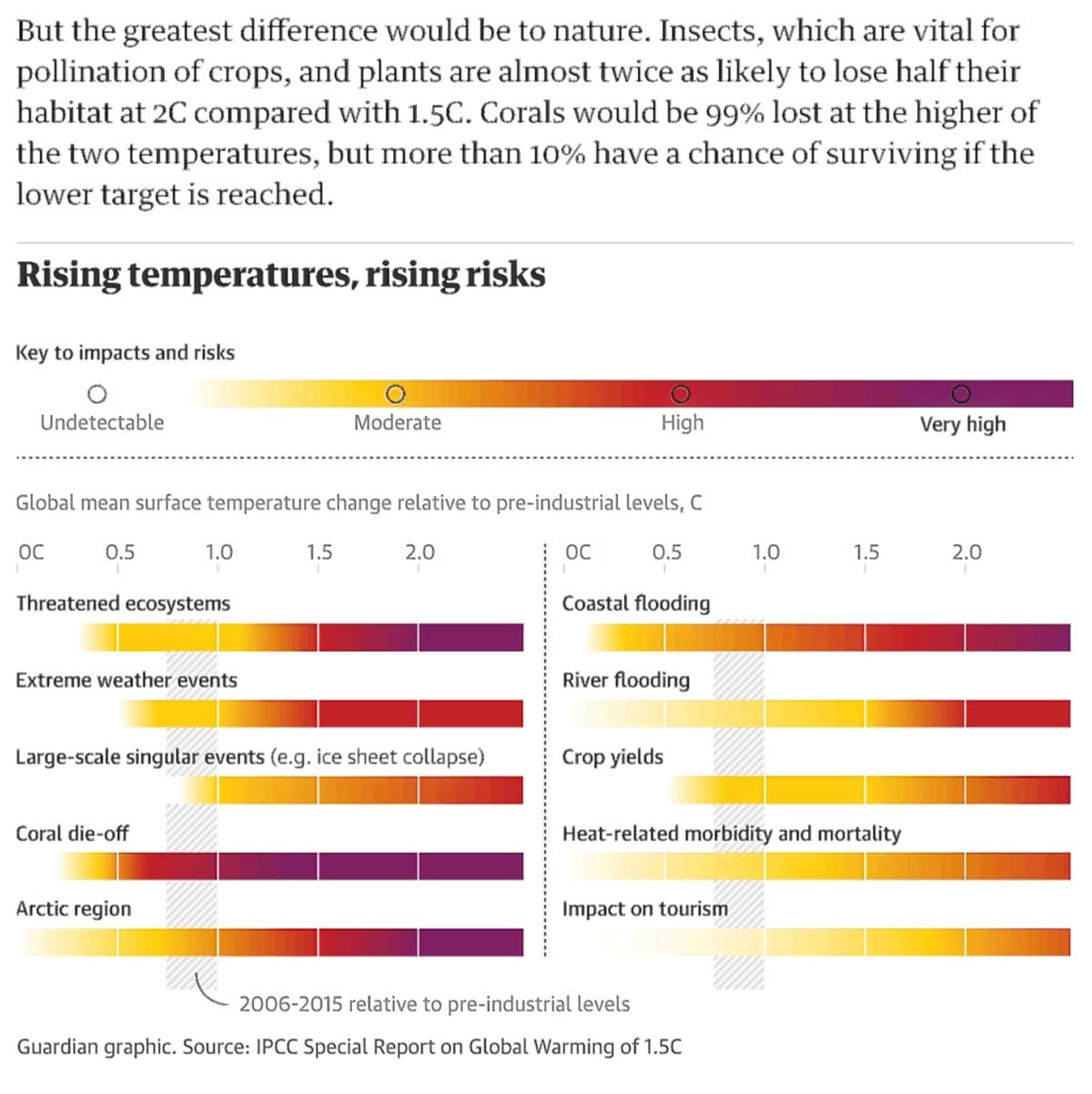 Below are some interesting articles about the IPCC report:

The Guardian – We have 12 years to limit climate change catastrophe, warns UN

New studies show a steep drop in insect and invertebrate populations worldwide. One study showed a 45% decline in insects over the past 4 decades. This current decline is mainly attributed to the widespread use of pesticides in monoculture farming and loss of habitat. Insects provide at least $57 Billion in services to the US economy each year, mainly in the form of pollination services. All the more reason why we need to plant native plants to rebuild ecosystems and support these threatened insects. Here are a few articles on the insect decline:

Scientific American – The real story behind reports of an “insect Armageddon” is more nuanced – but probably just as unsettling.

The Guardian – Where have all our insects gone?

Yale Environment 360 – What’s Causing the Sharp Decline in Insets, and Why It Matters

There are many places to go to learn more about these topics. (I’m not affiliated with any of them, but have received certificates from several of these programs).

New York Botanical Garden offers hundreds of courses, with certificate programs in Horticulture, Botany, Landscape Design (which I’ve completed) along with many other disciplines. They also offer one day courses on just about every topic imaginable. NYBG recently added an Urban Naturalist certificate program, which is great so far. It includes classes on birds, amphibians and insects. The courses are offered both at the Garden, in the Bronx, and at their midtown Manhattan location. I recommend at the very least, sign up for a class or two, then take a walk around the 250-acre garden after class. It’s a national treasure.

I completed the Conservation and Sustainability certificate and am one class away from completing the Food Systems track (there is a lot of overlap). I highly recommend this program for anyone interested in sustainability. The classes are taught at night, as most of the students are working, and are dense with information. They also offer a live ‘distance learning’ option for many classes, so students can participate from all over world, or even from NYC if you can’t make it to class.

This is from GRHC website:
“GRHC is a non-profit 501(c)(6) professional industry association working to grow the green roof and wall industry throughout North America since 1999.
In 2009, GRHC launched the Green Roof Professional (GRP) Training & Accreditation program in an effort to bridge the knowledge gap in industry training and best practice. Before this, no traditional discipline or training contained all of the competencies necessary for green roof success- from building science, horticulture, irrigation, waterproofing, plant physiology, structural engineering and beyond. Since then, over 750 individuals have successfully completed the GRP Accreditation Exam and earned the GRP designation.

I took their Green Roof boot camp course (that includes all 3 classes) and became a certified GRP in 2010. GRHC does great work in promoting green roofs around the world. They have interesting conferences and courses, many of them can be taken online now.

Dr. Ingham is a soil microbiologist with advanced degrees in chemistry and biology. In 1986, she and three fellow researchers wrote a groundbreaking paper describing the soil food web, which identified exactly how soil nutrients are cycled to the plants. They discovered an intricate web of microscopic soil life that work symbiotically with the plants to provide nutrients, and in exchange, the plants ‘feed’ the microbes.

I heard Dr. Ingham speak at a conference and she blew my mind. She is a funny, dynamic speaker who explains things in easy to understand terms. I wanted more information and was considering attending her week-long training session, but then Dr. Ingham offered a series of online certificate courses. I completed 3 of the 4 courses and learned so much.

It appears she is moving the program to another website and revamping the curriculum. Soon, they will be launching the new and improved classes. It looks like a similar program and I recommend taking at least the first course if you are interested in soil and plants. Or just start by listening to her presentation below, it provides a nice summary of her amazing findings.

I have not taken this course, but it’s on my list. Cornell has one of the oldest, most respected Ornithology programs in the US. They have put their expertise online and created a series of courses. This one on bird biology looks particularly comprehensive. They also have many other classes. Here is the catalogue: